When we get a little stuck like this, the challenge is to find ways to create more ideas about what we might want (or not want). To find a way to create space in our mind and a fresh view beyond what we’re able to see today. And to generate more potential options.

One of the most effective ways to do this is by actually gaining new experiences and perspectives. First-hand. Without any major changes to our lives. Just starting small and simple …

1. The significance of small and simple

Before getting into the ‘how’, let me make a small – but important – sidestep. Because I often meet people who are quite convinced that doing something small and simple won’t actually get them anywhere. That only big changes in their lives will make a real difference.

I quite agree that big changes will likely have some big impact. But if you’re not sure what you want, deciding which big change to adopt is bound to be very difficult. You may even end up not deciding anything at all and risk ‘freezing’ into your current life.

Introducing small and simple changes – which you can start with today – not only avoids this challenge, but gives you a rich source of new experiences and perspectives that really should not be underestimated. Here’s why …

You probably know the story about how the flap of a butterfly’s wings in Brazil could cause a tornado in Texas. While meteorologists have proven that this is highly unlikely, the general idea of interconnectivity still holds. An event, even a little one, can set off a larger chain of events that in the end results in something big. It’s like stepping out of the house one minute sooner or later, and meeting the future mother of your children which otherwise would not have happened.

Similarly, doing something new that is small and simple may lead you to have different experiences and encounters, which in turn may lead to new insights or bigger change. It may also open up all kinds of opportunities you never knew existed.

But as with the flap of the butterfly’s wings, predicting in advance how things will develop is simply not possible. It all depends on how other circumstances line up along the way. You have to take a chance and see where it takes you. And starting with something small and simple is perfect for that.

Trying out something new, even small and simple, will help you gain different experiences in itself. You will learn what something previously unknown is like. What it generates and what this new context feels like. You might also get different, fresh perspectives. On things new, but also on things you were already familiar with.

Trying new things often leads to meeting other (groups of) people than you would normally meet or associate with. These people can be a great source of new experiences and even support. Sometimes they provide a whole new look at the world or even open up a wealth of new possibilities.

You always bring yourself into the mix. Getting into new situations is also a great way to get to know yourself better. You’ll (start to) recognise aspects of yourself that somehow belong to you, that seem to be constant in every situation, while you also learn about aspects of yourself you did not know before.

Although it may not be your primary focus, trying out new things can have the side effect of breaking your normal patterns and habits. This is relevant because if you keep on doing what you were doing, you’ll likely get more of the same.

Trying something new is also a great way to give you something to feel good about. It’s something you did. Another step you took. Something you tried and tested. If it doesn’t go anywhere, then at least you know it doesn’t. And if it happens to lead to other things, then great! 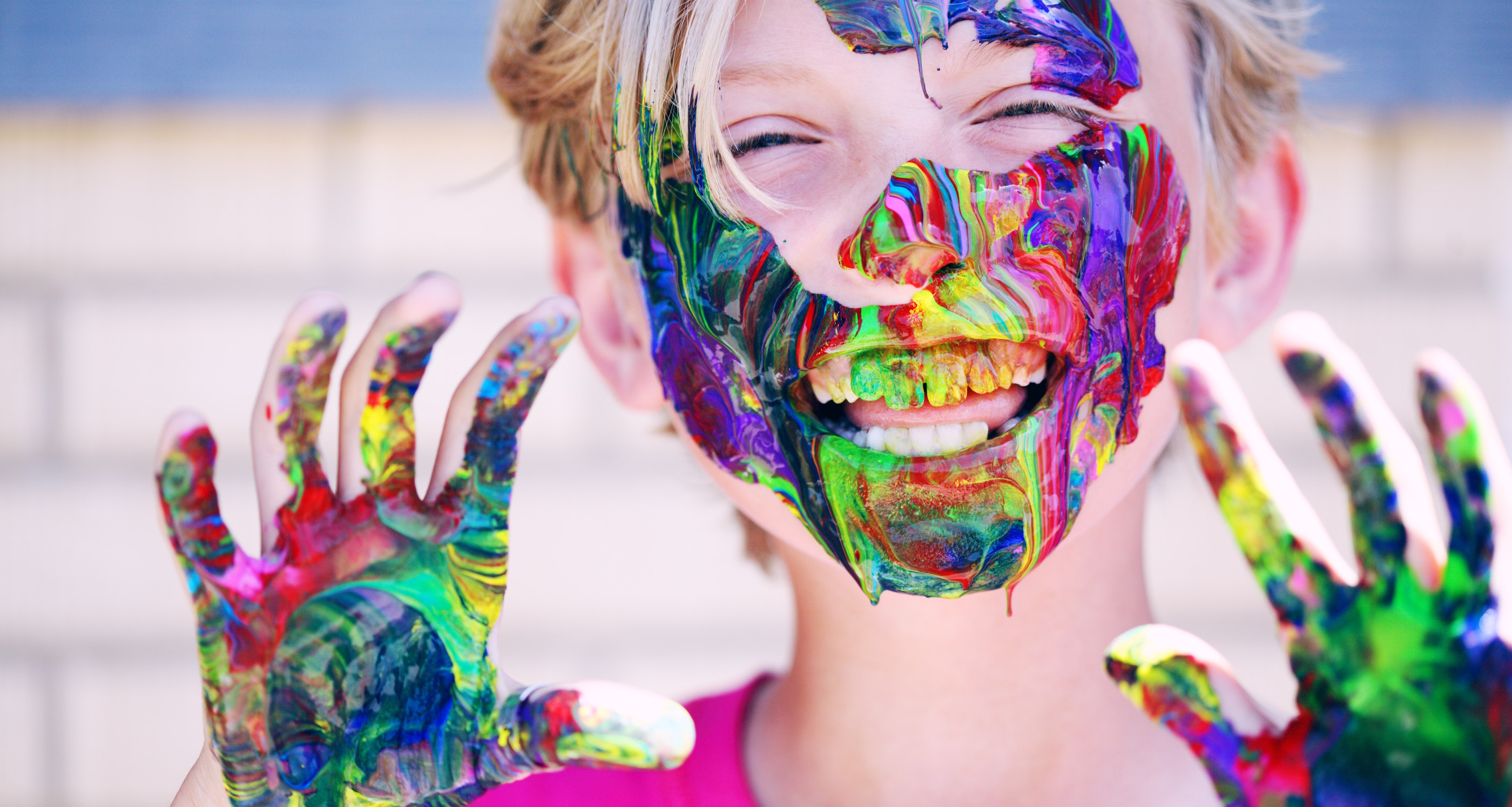 Some time ago – it must have been in the 1990s or early 2000s – I remember watching an English television series focused on wearing different clothes. It wasn’t so much a make-over show, as it was a show on helping people experience different aspects of themselves by making them wear something they would not normally wear. Every single day for a period of a week, the participants would have to wear a different outfit assigned by the program’s team of psychologists and fashion experts. The participants would then do whatever it was they would ordinarily do. Go to work. Go to school. Take the bus. Ride their bicycle. Go out. Go shopping. A hidden camera crew would then follow them around to record what happened.

I remember a sweet elderly widow who typically dressed in darker colours. Her week of different clothes included an outfit with white pants, an intense bright blue top and shoes, and matching large colourful accessories. There also was a young man with an eternally perfect coiffure, whom they gave wild, uncontrollable punk hair for his regular day at the office. And I distinctly remember a particularly shy but lovely lady who dressed in a quite subdued manner. She was given a daring outfit to wear for her usual evening at the pub.

At the end of the week, without exception, participants would express their utter amazement at how wearing different clothes in itself had made them feel differently. How it had helped them get in touch with other sides of themselves. But also at how their new looks – and the different energy they had radiated as a result of them – had evoked different responses from people they knew. As well as from complete strangers. Invariably, it had also led to them meeting other people than they would otherwise have done and gaining access to very different settings. Which in turn created all kinds of altogether new experiences.

Quite a few of the participants ended up changing the way they lived their lives. The sweet elderly widow started wearing more colourful clothes and enjoying more social activities with her neighbours. The young man did not part with his perfect coiffure, but he did start exploring his artistic side next to his job. The lovely but shy lady felt unbelievably nervous going into the pub, but the evening brought her so much confidence that it was almost like she transformed in the few hours she was there.

Now, radical wardrobe changes may not be for all of us, but the point is that the world will open up to us in a different way whenever we try something new. We get to experience something different, sample fresh perspectives, explore a different part of our environment, or meet people we would otherwise never meet.

And this is exactly the kind of thing that is helpful when you’re not sure what you want. Note again that this does not require any major changes to your life. You can start doing something small and simple today … 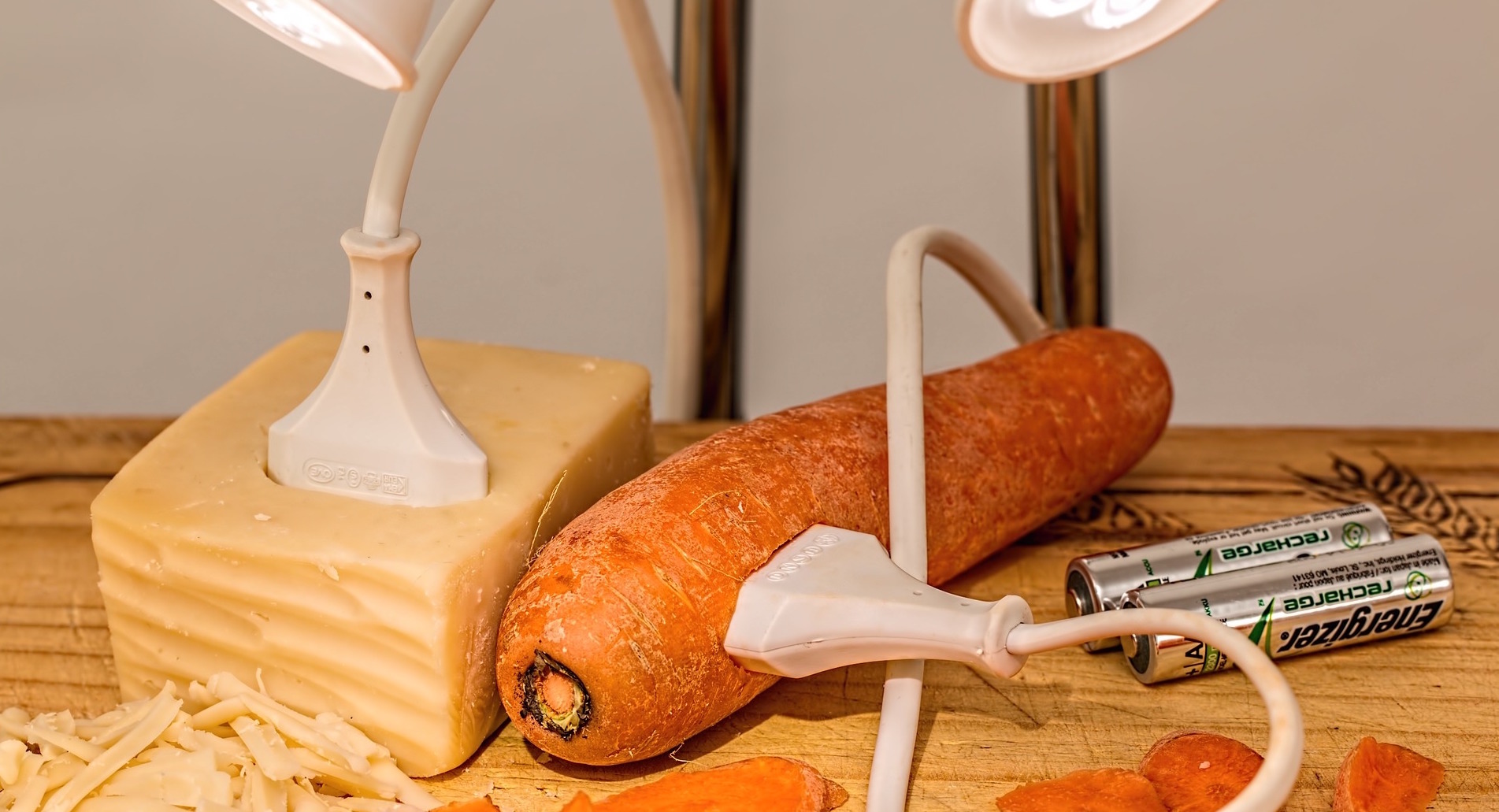 3. Thinking out of the box

Now let’s get creative! What kind of things could you think of that are easy to do, but that would allow you to gain new experiences? Try to find things that are within your reach (small and simple), but just enough outside of your comfort zone to stretch you without being completely overwhelming or too risky.

If you have absolutely no idea about what you might possibly want, just pick something you would not ordinarily do. Can be anything. Simple things. Take a different route to school/work for a month. Find out more about something or someone you come across regularly, but never really knew anything about. Attend an event you would otherwise never have attended. Or just simply: Every day, do something – anything – that is completely the opposite of what you would normally do.

If you do have an inkling of what you might want in the future, then you could also try to think of things that are in some way related to that.  So if you’re wondering whether you should give up your IT desk-job and do something with animals, go volunteer at a local shelter or a veterinary practice. Or if you have a sense that you have something to say to the world, start writing your thoughts in a journal or even make a blog.

Here are some more ideas to get you going.

Have some fun with it. Try new things! Think out of the box. What else can you contrive? The general idea is to just experiment. To gain new experiences and be open to what they bring and teach you. You’ll likely be surprised!

Often, doing something new can make you feel a bit uncomfortable. Sometimes that’s because something just isn’t for you, for instance because it doesn’t sit well with your personality or values. But probably more often, you’ll feel somewhat unsettled simply because the situation is new. You’re still learning, and your body and brain may need time to adjust.

Let’s say you’re experimenting with eating something completely different. Did you for instance know that the cells in your tastebuds regenerate every 7 to 10 days, but that at any one time only around 10% of those cells is new? Did you also know that 80% of your taste is defined by smell, and that the typical life span of an smell receptor cell is around 60 days? While basic taste sensations are rather stable,  it actually may take a little while to really get used to the flavour of foodstuffs you’re unfamiliar with.

Or let’s say you’re trying to learn a new skill. While you’re learning, you’ll likely make mistakes. You’re becoming aware of things that you’re already able to do, and things you’re not yet able to do. You may experience setbacks. You’ll likely not get the intended results right away. This can feel quite uneasy.

The point is that feeling uncomfortable can be a good thing. It means you’re changing something, that you’re stretching yourself. That you, your brain, your body, your mind, are in the process of adaptation. You’re adjusting to a new situation or acquiring new skills.

Of course, if something really isn’t for you, it just isn’t. Stop the experiment. At least you know that this is not the way forward for you. But if you think you just might feel uncomfortable because you’re still learning, try to hang in there a little while longer! A few days, a few weeks or even a few months. See what it brings …

5. A final note on getting the most out of your experiments³

If you want to maximise your learnings from the little experiments you’re doing, try to take some time to consciously take a step back and look at what the experience has been like for you. What have you learned? About yourself, about the world around you? What was good, what not so good? Is there anything you learned about what you want (or definitely don’t want)? What advice would you give yourself now? And if you’d like to do some more experiments, how could you make the most of them given how the current experiment went? What could be a good next step?

You've not heard from me in a while. Unfortunately for a sad reason. My dearest brother Siegfried fell ill with cancer and passed away recently. I've not yet been able to get back to writing any articles. There are plenty of topics still in the pipeline though, so expect to hear from me in the future ...

In the meantime, I hope the current articles are providing you with useful tips and insights. And as always, if you have any questions, just drop me a note.